The Belgrade Myrtle Mabee Library is celebrating its 95th birthday!

Stop in for a birthday open house and see how the library has grown! Enjoy drinks and cookies while you visit. Coloring and activity sheets will be available for kids, and adults and teens may make a button flower table decoration. While supplies last. Sponsored by the Myrtle Mabee Library Board.
Friday, August 12 to Saturday, August 13
During open hours:
Friday from 9:00 a.m. to 12:00 p.m. and 2:00 to 6:00 p.m.
Saturday from  9:00 a.m. to 12:00 p.m.

Fred Mabee, was the Andrew Carnegie of Belgrade, in that he willed one-third of his $100,000 estate to the village for establishing a library to be named after his sister [Myrtle Mabee Arnott]. Mrs. Arnott, an avid reader, was founder of the Reader's Club in 1927. It was this organization which started the forerunner of the present institution, a traveling library first housed in several business places.
When Fred Mabee established the trust fund for the library in 1939, the village redecorated an upstairs room in the old village hall as temporary quarters for the books. . . . In 1951, the new building was erected by the Myrtle Mabee Library Board, using the Fred Mabee bequest, and was dedicated on September 19, 1951.

Doug Mohs also shared, "One of my favorite memories happened in the summer of 1989 when we relocated our library to its current location. It was quite a challenge to accomplish that task. Thanks to many volunteers from our community, we performed that huge endeavor in just one day."

GRRL formally came into being at the first meeting of a new regional board on September 25, 1969. St. Cloud, Benton County, Morrison County, Stearns County, and Wright County agreed to create a library system with multiple locations and one Director and Board of Trustees. The system would share resources and one operating budget. A formula was established to determine how much each signatory (the three counties and St. Cloud) should pay. The library buildings would not belong to the system but would remain their communities' property and/or responsibility. That agreement has remained the foundation for the current system library in 32 locations and six counties. 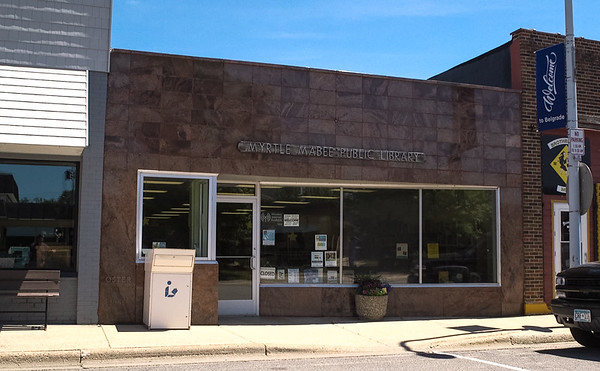