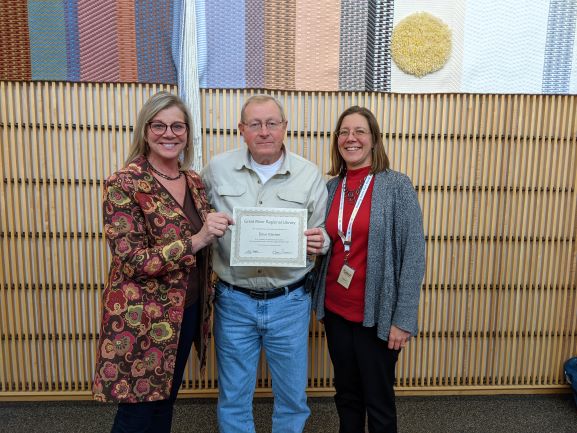 On November 16, 2021, the Great River Regional Library (GRRL) wished Dave Kircher farewell after he had served on the Board of Trustees for nine years.

GRRL thanks Dave Kircher for his service. We note the impact he has made on the library system. He has served on varying committees throughout the years, such as the Executive Committee, Finance Committee, Personnel Committee, and the Library Safety & Security Committee. He also served as the Board President from 2016 to 2017.

While president, he led the library to expand. First, he led the revision of GRRL's bylaws to include a Finance Committee to improve patron service while maintaining fiscal responsibility. Additionally, during this time, the GRRL Board created a new Library Assessment Plan. The plan standardized the language with each city and helped clarify roles. Furthermore, the plan set the stage for additional open hours funded by the City of Elk River and Sartell GRRL2Go. It has helped library facility improvement projects in Kimball and a future one in Howard Lake.

A big thank you to Dave, as he has continued to be a library advocate and champion for our small-town libraries. We will miss you on the Board of Trustees!